Press Trust of India, News24, Austria Presse Agentur | Pages Throughout the busy halls of the assembly, while countries are collaborating on the world’s crises, they are busy at work navigating the valleys of stairs that separate each country.  They are the backbone, the underdog, the mailmen of the whole organization. They are the Pages.
Read More 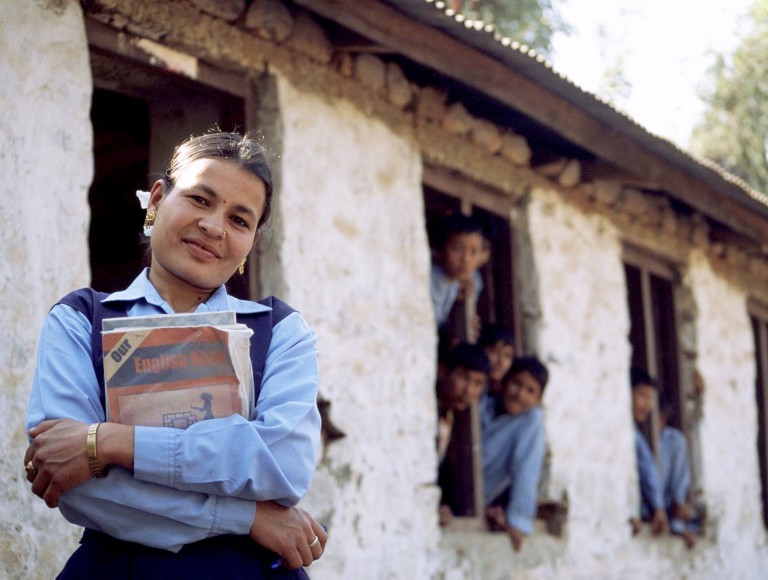 October 15th, 2019 | Educating women and promoting women’s rights in developing countries has been a pressing topic among the delegates in GA 3. In some parts of the world, women are still being denied the right to education, which limits their job opportunities. Many delegates, including those of the developing countries being referred to,
Read More

October 15th, 2019 | During a moderated caucus in GA 1, the delegates from different countries were given the chance to speak on their opinions on nuclear weapons. While the majority of the delegates advocated for the eradication of nuclear weapons, a few countries gave strong opinions of their agreement and disagreement with the concept
Read More

October 15th, 2019 | In the “International Maritime Organization” (IMO) tensions reached a new high with accusations between China, Canada, the United States, and Malaysia circulating throughout the committee. The topic of the debate was concerning the maritime trade occurring in the Arctic circle currently. Many nations are finding it difficult to properly assess the
Read More

October 15th, 2019 | In a continuation of the unusual events of yesterday in CSTD, “bug farms” remain a hotly debated point of discussion among the delegates present. This topic has persisted over two entire sessions with no signs of growing stale. However “bug farming” wasn’t the only type of farming up for debate. Canada
Read More

October 15th, 2019 | The Arctic Sea routes are maritime paths used to navigate the entire Arctic and consists of the Northeast Passage, Northwest passage, and the Transpolar Sea routes, all of which connect the Atlantic and the Pacific Oceans. There are international maritime laws for the Arctic Sea routes, however, more and more vessels
Read More

October 15th, 2019 | In the Plenary committee, North Korea has suggested the elimination of all trade sanctions on their country.  This committee is currently discussing water security; trade interdiction sanctions are a vital part of these issues. These sanctions disallow countries across the globe from importing certain goods, in this case, water. North Korea
Read More

October 15th, 2019 | In order to promote economic equity, the United Kingdom, along with the Russian Federation, the Republic of South Korea, and Lebanon, have proposed creating “shared economic zones” by reducing maritime free trade restrictions and limiting the nautical boundaries of countries that border the sea. When proposed, this idea garnered an extreme
Read More

October 15th, 2019 | The United Kingdom, along with countries like France, Kuwait, and Indonesia have effectively dealt with Aquatic Liberation Front, an environmental terrorist group, by adding an extra clause to a failed resolution titled “T-T-T.” This draft resolution was introduced by China and Indonesia, but failed during the first voting procedure because of
Read More